Over 330 thousand acres of Thailand are currently flooded due to continued storms, of which over 100 thousand acres of Riceland is at risk of crop damage.   Satellite photos released this week show the extent of the flooding, from north to central and eastern provinces.  As downstream residents in many areas are warned to move from river bank areas, the water authority is attempting to slow down the flow from dams, despite them reaching close to capacity.  With the rainy monsoon season set, usually to continue until mid November, meetings are being held at top levels to discuss effective runoff management. 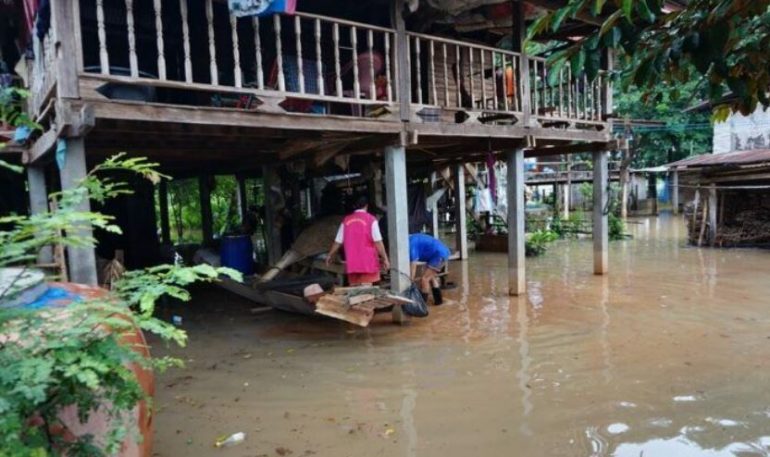 A new case of monkeypox, reported this week, brings Thailand’s total to just 7.  The latest, a Thai female, is believed to have caught the virus from a foreigner with whom she was intimate. Those close to here are being monitored but otherwise the new case HASN’T raised concerns of an outbreak here.

General Pravit, now acting PM, oversaw the meeting of the National Police Policy Committee yesterday as IT mooted replacement for the soon to retire National Police Commissioner, along with a long list of officers who are proposed for promotion to new duties.  Pravit ordered that the police re-establish the goal of clamping down on drug dealing,  implement greater border controls to catch illegal labour gangs, close down call centers targeting Thais with fake products and loans,  target loan sharks and organise an internal investigation into any corruption within the force.

Meanwhile at home and in Pattaya yesterday an explosion rocked the commercial area of Pattaya Klang adjacent to second road where a  chicken rice restaurant essentially blew up, leaving one Laos man seriously injured.  The eatery owner, who has owned it for 40 years, claims that all gas tanks were still full and sealed when the explosion took place, authorities however initially believe the explosion was caused by gas. Only the early start of the employee, 5.30am prevented others including passers by from injury the side soi, however was left a wreck with the eatery demolished and neighbouring buildings left in a dangerous condition. Forensics teams were called to the scene, however as the buildings are close to collapse, the investigation has been somewhat impeded.  Neighbours have been promised financial assistance by city hall and the city mayor visited the scene yesterday too.  It’s been pointed out that, especially in commercial kitchens, gas tanks are usually turned OFF during closing times, and that, according to the owner, was his standard practice.  IF that’s the case then a secondary cause of the explosion is likely to be revealed as the investigation continues. 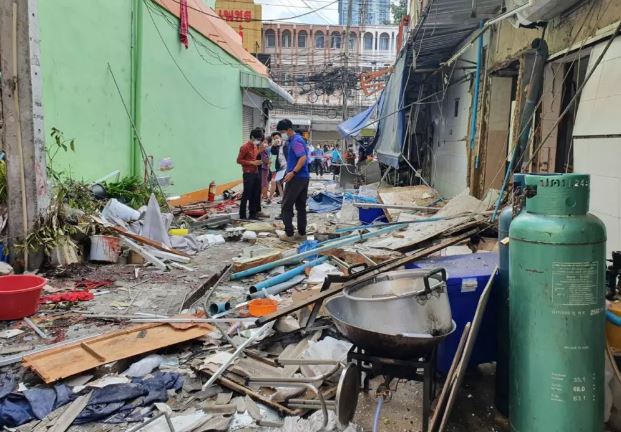 The city mayor has promoted a market with a difference that launches now thru to the end of the weekend. At the central mall a market area has been designated to disabled vendors, encouraging the public to give them support, and discover their wares, many of which will be hand crafted.  This could well become a regular fixture in the city calendar as much has been done in recent years to promote the wellbeing of those less fortunate due to either physical or mental issues.

Along with reports that signage needs to be removed in walking st, if overhanging the pavement, the good news is that the paving is NEARLY finished. With power cables for the most part buried and drainage said to be installed,  the popular pedestrian area just needs visitors to see it complete. 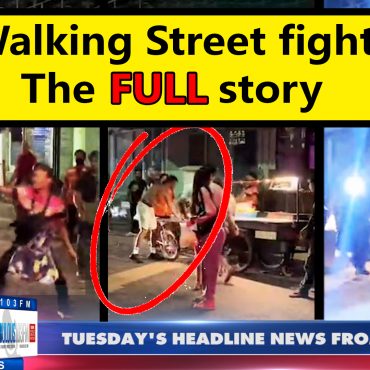 Thailand & Pattaya News, from Fabulous 103fm (30 August 2022) The Deputy Secretary-General of the National Anti-Corruption Commission has been removed from his position after an enquiry found that he had, himself, an extraordinary amount of wealth; over 650 million baht in investments here and abroad. Dismissal orders, signed by the NACC chairmen followed findings that he had concealed assets, and those findings will be forwarded to authorities where prosecution […]