A woman police corporal, charged with abuse and assault on her hired maid, has told police that she got her police job through connections.   Senior officials have instaged a complete enquiry into how she was employed, this as it’s been accepted that she beat and abused a hire maid, at the same time stealing her wages that SHE earned during a short stint in the thai army, a job which, she claims, was given to her again through connections of the abusive woman. Police don’t accept a wanton claim that she was suffering from mental issues during the years of abuse and psychological examinations have been carried out, results of which are expected by week’s end, until such time she will remain behind bars without bail. 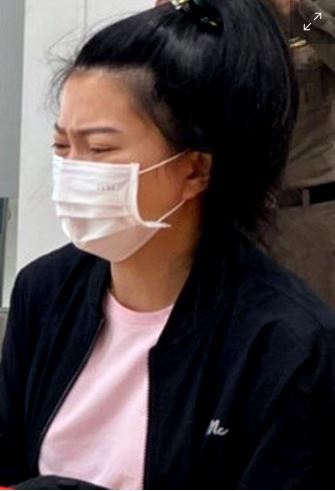 A grubby online appeal by an American dru g dealer, previously living in Thailand and whose South African girlfriend was found guilty of drug possession, is causing more questions than answers in the media. Tristan Nettles somehow worked as a science teacher at an International School here in Thailand, this despite any proper background check being carried out, before he should have been allowed to teach children, which would have revealed a catalogue of crimes going back to his teenage years. The 34 year old claims he used the job to stay here, whilst dealing drugs on the net.  Strike one then.  Strike two is that he claims she is innocent and didn’t know a thing about his trade BUT.. he had already left Thailand when the 22 year old woman took delivery of a package of drugs at the eatery where she worked, after being let go by a school who discovered, at least that HER credentials to teach weren’t SUFFICIENT.  Those drugs?  Well, they were being followed by authorities after being spotted during a postal package scanning. Now with a jail sentence, recently commuted to just over 30 years, and with no extradition agreement between her own country and Thailand, her erstwhile beau has gone on record boasting that he dealt all forms of drugs to expats, other teachers and numerous locals. 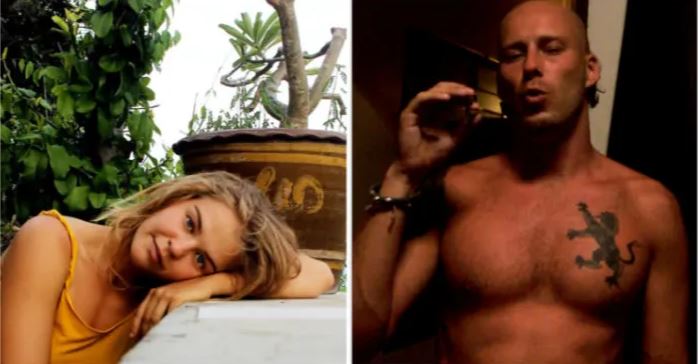 Thailand has introduced a new Copyright Act that could see copyrighted images and more quickly removed from social media sites. The new laws grant copyright to the original owners of any media for their lifetime plus 50 years, protecting their work from copy and paste merchants.  Currently, Facebook, YouTube and similar will email posters after receiving copyright claims and allow posters to contend claims, often made frivolously.  That is expected to continue. 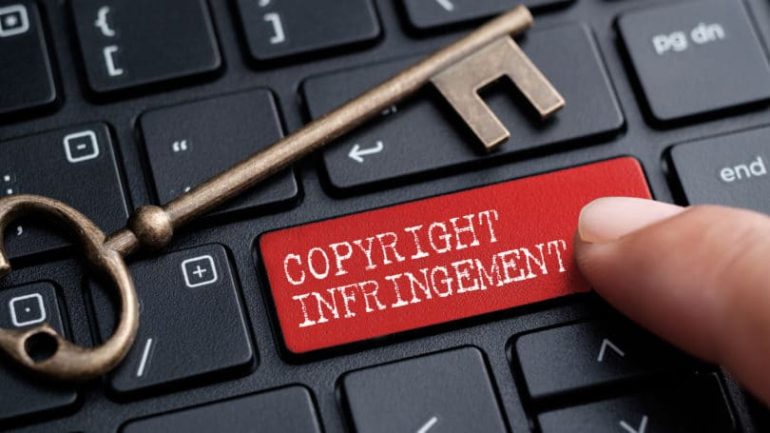 In Nakhon Pathom a Chinese couple have been arrested, charged with mailing nearly nine pounds in weight of heroin to Australia. With all post offices now having CCTV and ID required for mailing in many instances, the couple were quickly traced by the narcotics suppression bureau and nabbed as they sat to eat at a street food stall. With the usual story given, we were mailing it for a friend and didn’t know what was in it, they saw their 6 condos seized along with cash and gold as the case progressed.

Meanwhile, at home and local police have really had a gut full of middle eastern men hitting bikes, revving and riding loudly through the early morning hours in the city, so much so that for two days now arrests HAVE been made, thirty on Monday night alone. Giving the excuse that they didn’t understand Thai traffic laws won’t be accepted by the boys in brown who also seized dozens of bikes. The bike owners, usually rental companies, will be asked to show ownership of their bikes, and proof that they obtained documentation from their customer including valid motorbike licences, an issue often OVERLOOKED a time of rental here.   With many fleeing and leaving their rented rides behind, bike rental company documentation will lead to more arrests. Of those nabben most had no licence, no helmet, no registration documents or proof of insurance. 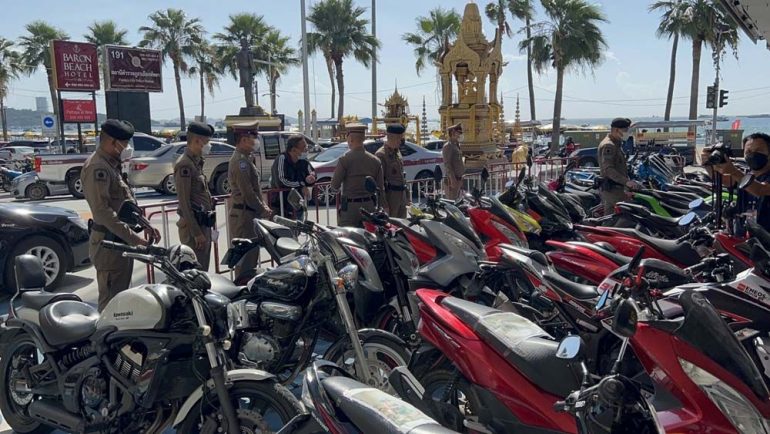 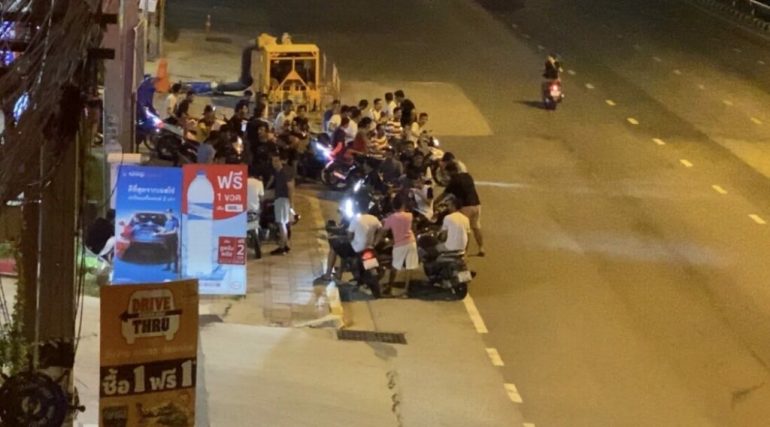 In neighbouring Sriracha, an ex husband is being sought by police after he met with his wife, from whom he was separated, and begged her to come back to him.  She refused, he attacked her with a meat chopper, leaving her dead before fleeing.

Early morning rain here before dawn may just be the precursors to a few days of atoms as a huge storm FRONT is approaching from Cambodia.  The day is expected to be cooler but mostly clear and sunny, highs of 32 and lows of 25. 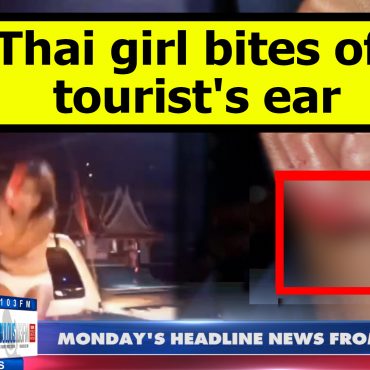 Thailand & Pattaya News, from Fabulous 103fm (22 August 2022) A 36 year old actress, along with her mother, brother and 32 others have been arraigned in court and held in jail through the weekend on charges that they were actively involved in operating a ponzi type FOREX scam which netted billings from people approached through social media over a 5 year period. 2 and a half million baht is […]