In over 11 provinces, locals are being advised to expect river overflows along the Chao Phraya river basin  from the weekend onward.   Despite reservoir management restricting the flow of water FROM dams, so far,  Sunday will see their hands forced, as levels rise.  Ayutthaya, for example, is predicted to see levels rise by half a metre. In Nakhon Phanom, locals are being warned that the Mekong river, long suffering from low water levels, is expected to see overflow, with residents living close to the riverbanks advised to move to higher ground. 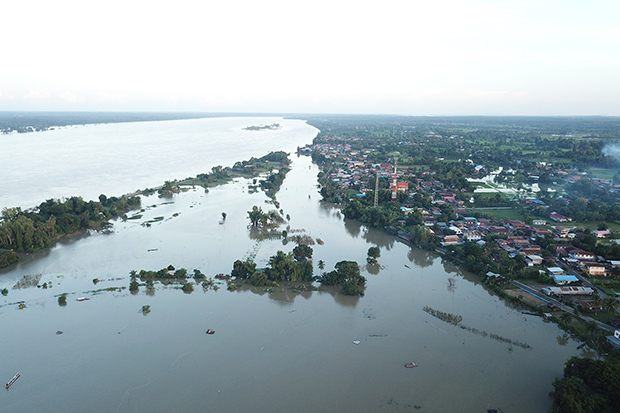 Will we see another mass flooding, as we did in 2011?  Well it’s all down to water management and, of course, the luck of the weather.  Reservoirs are traditionally kept at high content levels to see the country through the dry season in the next year BUT with continued monsoons, they simply can’t contain the amount of water flowing IN from rivers and streams.  Cities such as the capital and Ayutthaya HAVE made improvements to river banks and walls over the past 11 years; those, though, COULD be put to the test as the storms are expected to continue. 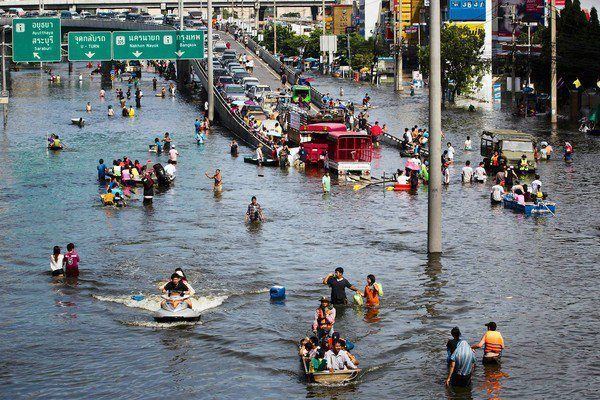 It all started with a maid complaining to police about physical abuse by her police corporal employer. NOW, well her story is dominating much of the Thai media, seeing authorities launching an enquiry into just HOW the former GF of a thai senator GOT her job in the police force, despite being over the maximum age for recruitment and was promoted, and yet appears never to have actually worked. The senator, now named in the press, has admitted a relationship with the woman which ended ages ago. He, then divorced so fully entitled to date, has long since lost contact with the woman but it’s likely that there is a lot more to the story and at some point SHE is likely to break her silence. Meanwhile, others are being questioned about the recruitment of the MAID who for a short while was listed as being in the Thai military. This all, then, from the maid’s complaint that her boss had beaten her and taken her salary.

Daruma Sushi was a start up company back in 2016, expanding to 27 branches around the capital and in recent years selling discount vouchers to the public for their food, along with franchises which were to receive regular deliveries.  June this year saw the company flop and fold and the owner flee to the US before returning to face charges here. 1000 complaints are said to be registered with the police who yesterday reported the cases to the public prosecutor. Charges are fraud, computer crimes, money laundering and false advertising, said to have reaped the owner some 70 Million baht. 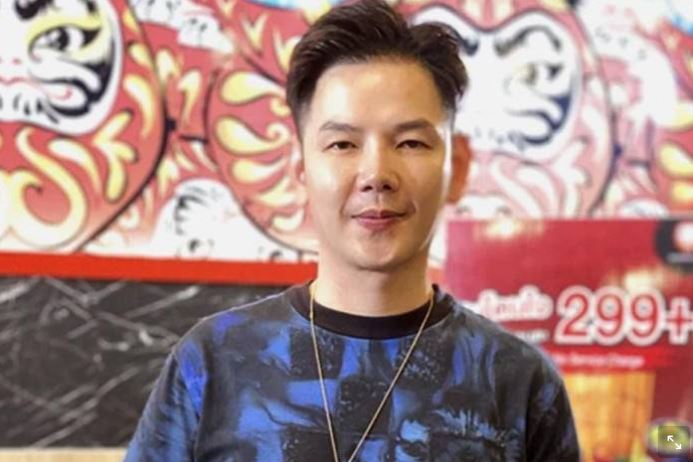 On Samui, a British tourist, said to be a resident of Pattaya, died after riding on the back of a motorbike driven by his pal at 1 in the morning, this after the bike crashed into a garbage truck.  First responders reported that as they treated the two men they noticed cans and bottles of beer on the bike.  The truck driver told police he wasn’t entirely sure HOW the accident occured but CCTV, we are told WAS fully operational at the scene and is being checked by police today. 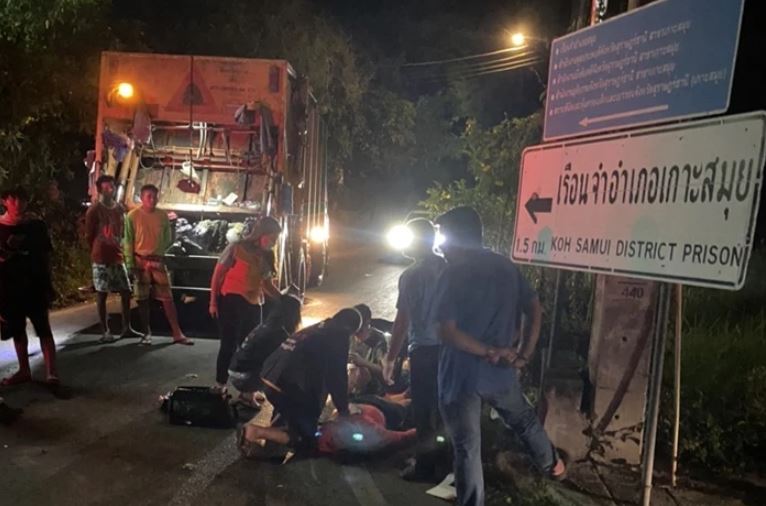 In Chonburi, the Office of the Private Education Commission (OPEC) is to investigate just how a 7 year old schoolgirl was left in a locked school bus through a hot day,  resulting in her death.  How the driver didn’t notice her still in the minivan when he arrived at the school,  and why the school didn’t notice her absence. As the parents of the Chonburi school student demand a second more extensive post mortem examination to establish her cause of death, reports indicate that the child was found by a TEACHER who went to the van to use it to take children HOME after school day.  By then, sadly, she had died. Thai media reports that a teacher was IN the minivan during the pickup and collection of children.  Other students told that they assumed she was asleep and left her to sleep THAT THOUGH is hardly the responsibility of fellow children and a full report is expected by the start of the next week.    The school has admitted negligence and is reported as offering the parent compensation for their oss, however compensation here in Thailand is notoriously low.  They HAVE however received the condolences of the education minister who promised that no stone would remain unturned in the investigation.  EVEN had the child been ill, her absence should of course have been noticed. 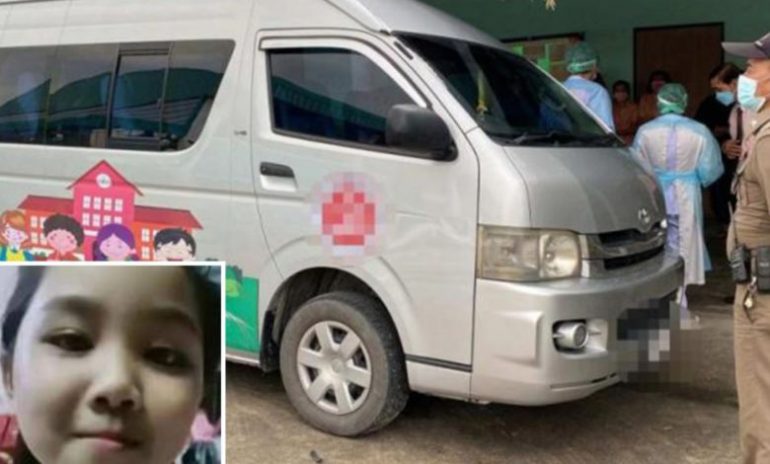 The poorest of safety near Bang Saray beach saw a 3 year old electrocuted, but survived after simply touching a decorative chain barrier around a memorial at the beach.  Photos show clearly that the mains cable that supplied power to either lighting or camera was worn out and spliced leaving bare, twisted wire, connections that likely came into contact with the chain.    The youngster is fully recovered however, when a local municipal director was called to the scene he   ordered workers to make proper repairs, promising to fully compensate the child’s parents for all costs.

Just east of the city, along the 331 is the blooming , former village of Bowin on the 331.  Years ago just a few shops a bank and a car dealer, NOW a massive township with a huge factory population and YESTERDAY there the new roads and rains were put to the test as flooding from storms saw houses, shops and a market flooded out completely and water on the main highways waist deep

When a local group of Chonburi youngsters entered the World Hip Hop Juniors and Adult Dance Championship in the US, they had a dream to win.  And they did just that, 3 gold medals of the team as they beat 45 other teams from around the world in their first foray into international competition since the outbreak of covid. Winners for sure.

Thailand & Pattaya News, from Fabulous 103fm (31 August 2022) Look around you and pick 4 other people, randomly.  Had you all been in the Mountain B Pub that burned down in Sattahip, one of you, well simply wouldn't be here. This as the current death toll shows over 20% of guests, 4 weeks ago today, have so far died, with six others on ventilators and others still hospitalized with other injuries.  As has been said so many times, had […]