The alleged REAL owner of the Mountain B Pub in Sattahip appeared in Pattaya court yesterday accompanied by his lawyer facing charges related to the deaths caused by the fire there that saw 19 now dead and dozens more injured. 5 policemen escorted him into the courtroom where a million baht bail was agreed, seeing him leave with an ankle tag that tracks his movements. Police had asked that he be detained in custody for a further 12 days, families of the dead asked that he not be freed but as he left in a brand new Range Rover, it was revealed that he continues to claim no business interest in what he says is essentially his sons enterprise. 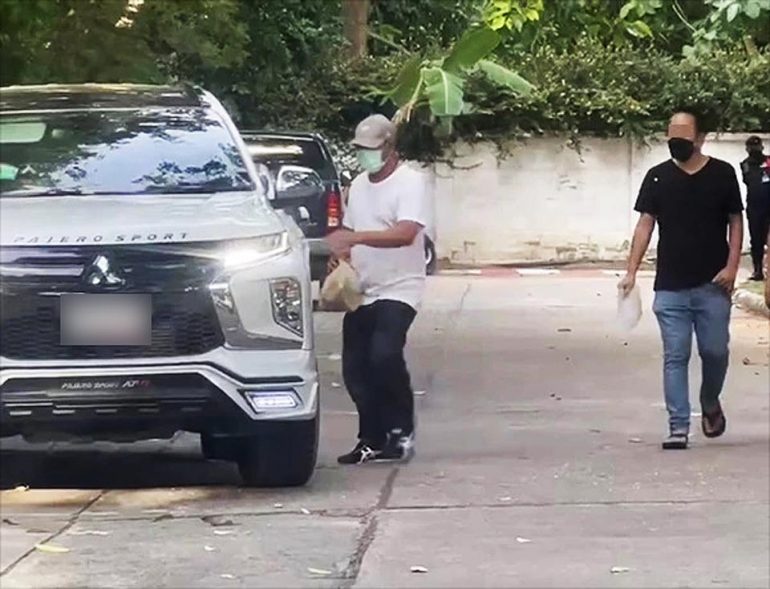 His son?  Also bailed, has yet to up offers of just 10K baht to those injured, some on life support and ventilators OR reveal to the general public any detail of any effective insurance policy covering public liability.  Experts this week from the engineering institute of Thailand have been mulling the scene of the fire, noting that no plans appear to have ever been submitted for it rather only for an eatery adjacent to it. The team includes experts on electrical installation, structural damage,  and building safety, taking samples of insulation foam, wiring and other debris for analysis and stating that final reports may take up to two weeks, however Thai media is quoting a fire safety expert, part of that team, who said that the blaze spread fast because of flammable decor like fiberglass, plastic, and foam. 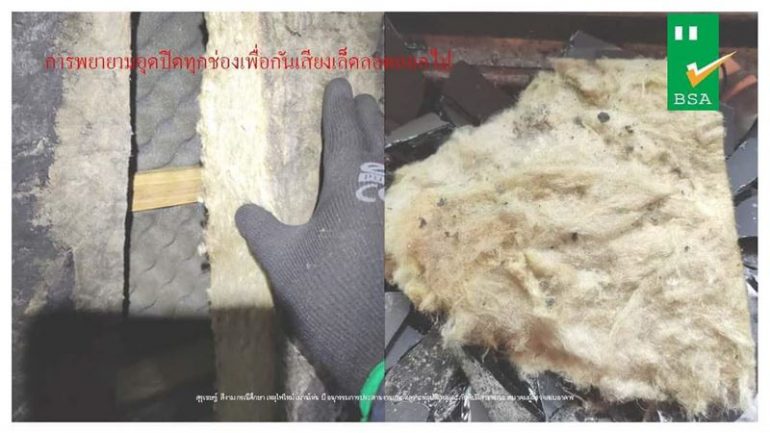 Close to 50 billion baht is to be spent by the state on the welfare card project which continues to provide food and basic necessities to the poor here. With close to 14 million registered card holders, all of whom will benefit, as will taxi and motorcycle taxi operators, they are to see a 90% discount on annual vehicle taxes to offset slightly the increase in the cost of fuel AND a low interest loan program for equipment purchases by small to medium sized companies is to be extended too.

Thailand’s Health minister yesterday used a media platform to clarify that “We don’t welcome those kinds of tourists,”  referring to anyone only coming here.. for the weed. Two months after the ALMOST decriminalisation of marijuana consumption and growing, conditions are expected to be applied soon as, still, it is a crime to smoke dope in a public place, with fines of up to 25K baht or even 3 months in jail.  Reports of premade joints being now easily bought on the streets and in so called ganja venues have also seen so called smoking rooms set up by a few too.  Recreational use, he said, could be explored later once initial reports and studies on the success of medical benefits are confirmed. 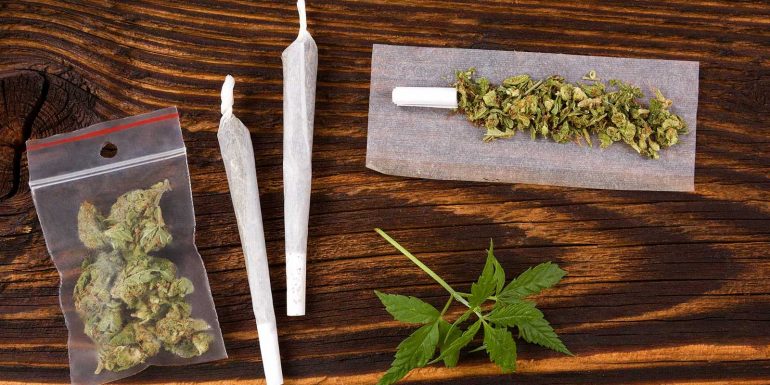 Officials at Bangkok’s main airport have held an Indian so-called tourist after discovering a virtual zoo, in his baggage. 17 live animals, ranging from a white desert fox, a raccoon and a pair of iguanas, through to venomous snakes and monkeys were all spotted during baggage x-rays. 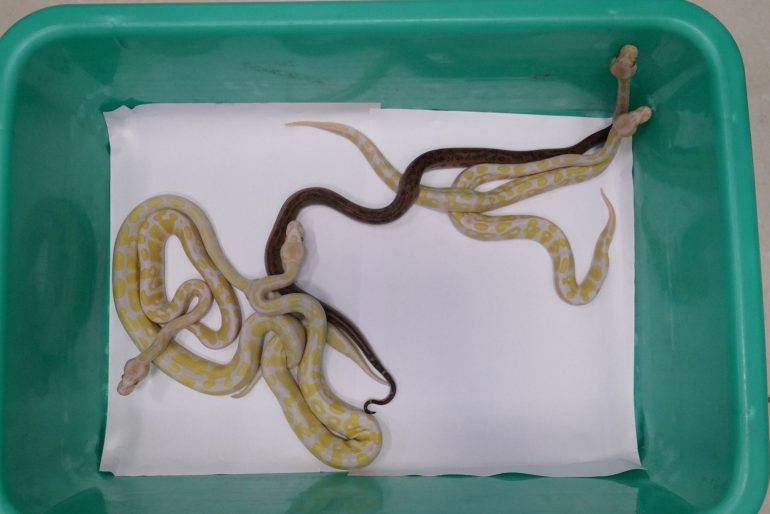 Finally one woman driver has gone to the media in an attempt to highlight her PLIGHT concerning her new car supplier. Seems she bought and was happy with her new ride, that was until the dealer called it in for service.   There one of the dealer staff backed it into another car, causing slight damage. Don’t worry, they said, we will fix it, and set a date for that to be done. Again, she dropped the car off to them, only to receive a call to tell her that it had been wrecked during the journey to the body shop.  How wrecked? Well, it was wrecked at both the back and front. In any other country.. a write off. 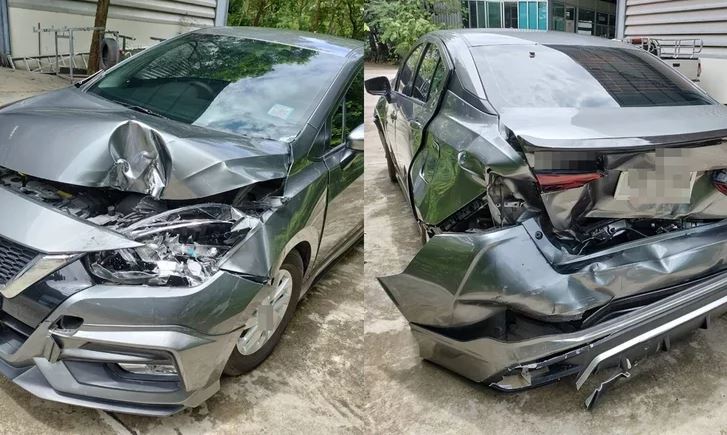 But the dealer wanted to simply FIX it. The dealership has refused to replace the, now, 16 month old car with a new one, refused to pay back her deposit and installments and instead offered 30K baht and .. more repairs.  Silly dealership for sure, as the bad publicity will be destructive. Currently, the dealer name isn’t being released but once a court case is filed, it will be and then, for sure, they will have a less than busy sales year. It’s also likely that the manufacturers representing company here in Thailand will step in to avoid further bad PR. Meanwhile, the lady is minus her new ride, and back on shank’s pony, or relying on lifts from friends.

For more of the latest local & national video news updates, subscribe to our Youtube channel: https://www.youtube.com/channel/UCqqv5O_uGcm-BdVXfgrZyWg
For more news: https://alwayspattaya.com/news/
Listen to the radio online from our website!: http://www.alwayspattaya.com 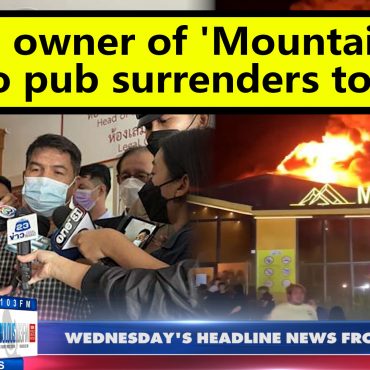 Thailand & Pattaya News, from Fabulous 103fm (17 August 2022) On Phuket, a now ex policeman has been sentenced to 25 years in prison for the shooting of a noodle seller last year. The 25 year old admitted to being drunk  while off duty, and randomly shooting the, now crippled, vendor. He must also pay out close to 8 million baht in compensation to the man and his family. As local […]