As the search continued in the Gulf of Thailand for missing crew members from a Thai navy vessel, which sank during heavy gales, so the commander in chief OF the navy told the press that part of an investigation into the sinking WILL see a check on exactly HOW MANY life jackets were readily available to the crew. Yesterday saw 7 more bodies retrieved with news that ONE crewman was recovered alive; he is hospitalised and said to be recovering slowly. 24 or 25 crewmen are still unaccounted for, as of this morning, and it’s been revealed that 75 of the 106 on board the Sukatai were rescued quickly after the sinking. Mostly those who made it to life rafts, and that many were recovered by a passing oil tanker. Sea water entering the engine rooms and below decks areas has been initially blamed for the cut out of all 4 generators, leaving the ship in darkness as her engines too failed before sinking. 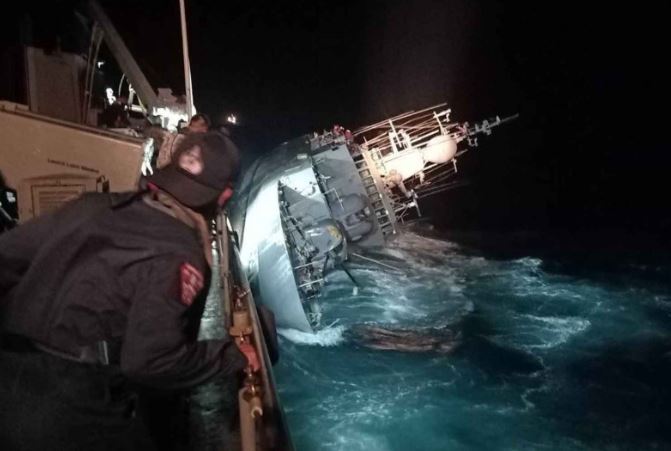 In the capital, a ban has been issued on the use of any form of pyrotechnics, INSIDE entertainment venues for new years eve. Safety reasons have obviously been highlighted and at the same time it has been announced that public firework displays can only take place with prior written permission from the city. A check on all 650 entertainment venues in the area is expected to take place prior to the expected New Year crowding to ensure that all that open are deemed as safe. 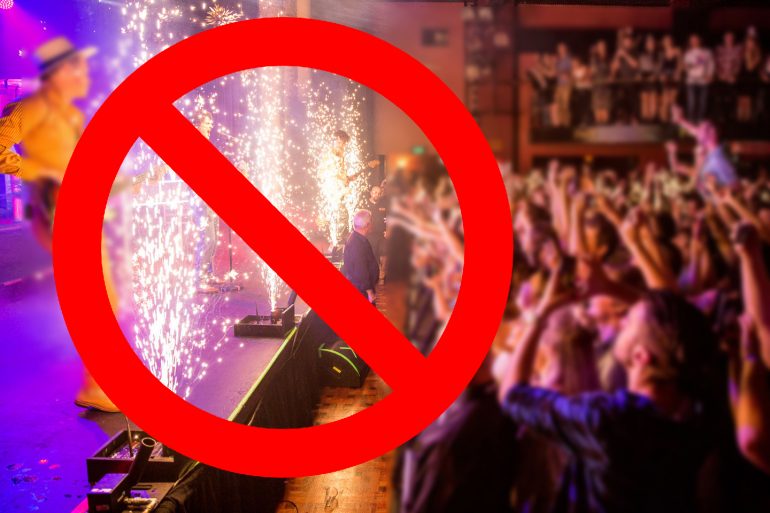 In PHETCHABURI: Eleven foreign passengers were treated for injury after a tour bus flipped over following a crash into a telegraph pole. Word from the passengers is that the bus had two drivers who alternated BUT actually changed over without stopping. One rose from the driver seat, the other stepping in and taking control. A full investigation is underway as some were taken to local hosptials whilst others were shaken.

In Ratchaburi, A British angler landed a massive 420lb catfish – one of the world’s biggest – after what he described as ‘the fight of his life’. Offshore worker 36 year old Dean McEwan was at the Palm Tree Lagoon Fishery when he and others worked for 90 minutes before landing it. 3 men were needed before a quick photo shoot and then, the return of it to the waters. 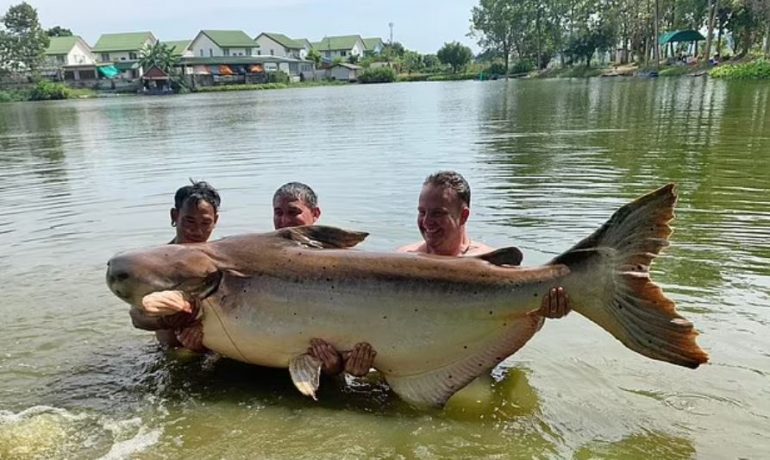 And it was a free coffee break for car occupants in a traffic jam in Pathum thani. A road was blocked after a truck carrying cans of cold coffee drinks shed its load, blocking the highway. 120K cans had to be cleared before the road was passable, and it took several hours, but no one suffered from dehydration, only, perhaps, an excess intake of caffeine. 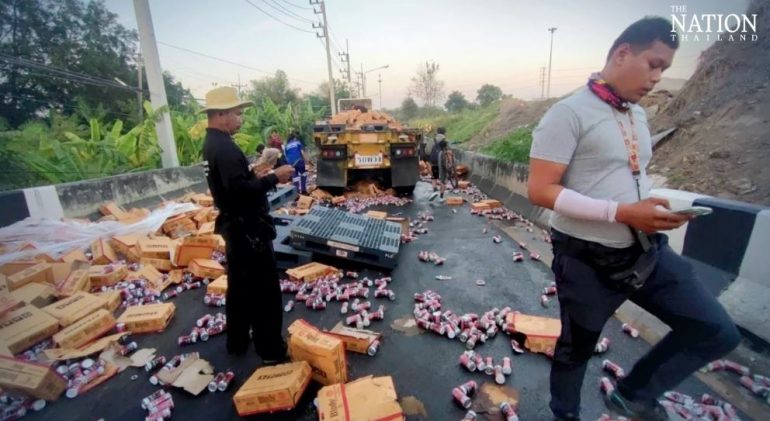 Local entertainment operators are sitting with fingers crossed ahead of a cabinet meeting which may, tomorrow, review again the current licensing hours. With the tourism ministry on their side THEY hope for a 4AM closing time WITHIN ONLY the licensed entertainment districts, however, that’s been vehemently opposed by the health ministry, who’s powerful minister has stated that it simply won’t happen. Recent raids on clubs, such as the hip hop venue in LK metro, has shown that illegal after hours opening IS being monitored in clubs and bars that accommodate both Thai and non thai patrons equally. Local police have stated that owners, even if absent during raids, can and will be questioned and face prosecution IF businesses are caught open, regardless of who’s name is on the licence, effective making the BUSINESS OWNERS jointly liable with licensees AND could see, again, physical addresses banned from the issuance of permits.

Warning is out from Pattaya police to avoid altercations with locals, this as one hapless expat faced an initial medical bill and the promise of covering any future ones, for a woman who was hit during a road rage incident. This, obviously, is a busy city and with CCTV combined with plenty of passers by willing to give statements, it’s not a matter of who WINS a falling out, but who will cover medical costs. Keeping a straight head, and being calm after any form of accident or falling out is by far the best move.

If you haven’t booked for your Xmas lunch or dinner yet, best to slip over to our website, www.alwayspattaya.com, where WE list several venues with seating still available. Sunday being Xmas will see good evenues booked up and walk in customers, well, they can expect to be turned away. Book now.. to avoid disappointment. 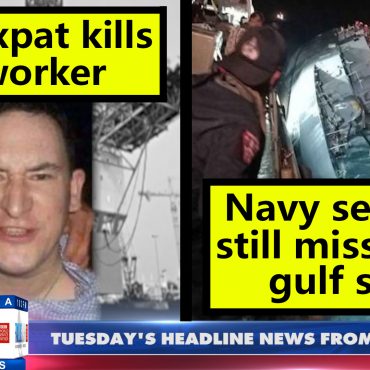 Thailand & Pattaya LATEST NEWS from Fabulous 103fm (20 December 2022) Little hope remains for the missing crew members of at least one navy vessel sunk in the gulf during record-high storms.  The heavily armed US-built ship took on water before power was cut, seeing it sink, and a rescue ship was sent to recover those aboard.   Now working on a 300 sq mile area of search, which does […]