The Federation of Thai Industries predicts a rising price increase for goods produced here, in the region of 5 to 12 %.  The three price hikes in electricity since the first half of the year, including the forthcoming one, will see production costs soar and, at the expected 4.74 baht per unit they claim that despite global increases in utility costs, it may affect global competitiveness. That, well it may or may not be the case as, as said, prices globally are rising too, but there is a keen swing to supporting solar power here AND the hope that the predicted price rise is halted. 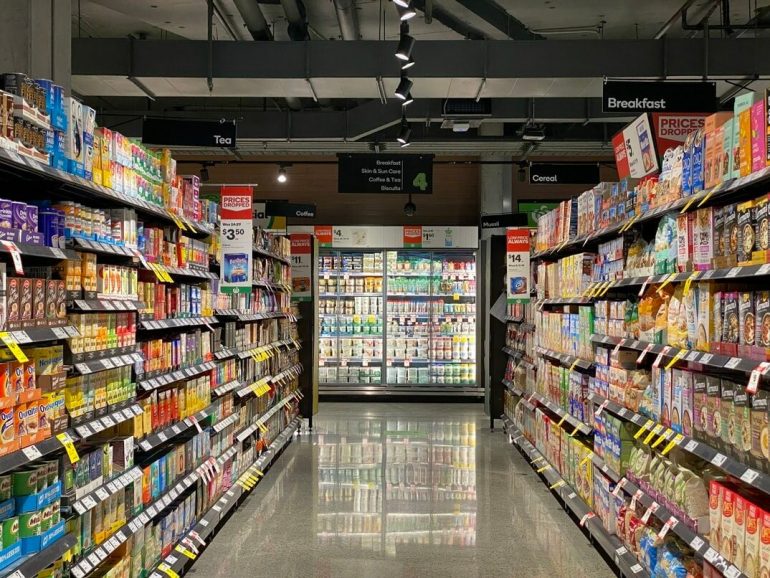 Deputy National Police chief General Surachet Hakparn, in a press statement has stated that police believe some 27 immigration officers are involved in the supply of visas to Chinese, coming here for felonious reasons.   Some have admitted their activity for cash under the table and implicated others.  For sure the issuance of a visa stamp here takes more than one person and in these cases he assured the public that all will be prosecuted.  With an alleged Chinese gangster MARRIED to a senior Thai police officer, the investigation has seen numerous revolutions of multiple and different crimes all resulting money laundering, AND the arrest of over 100 chinese citizens. 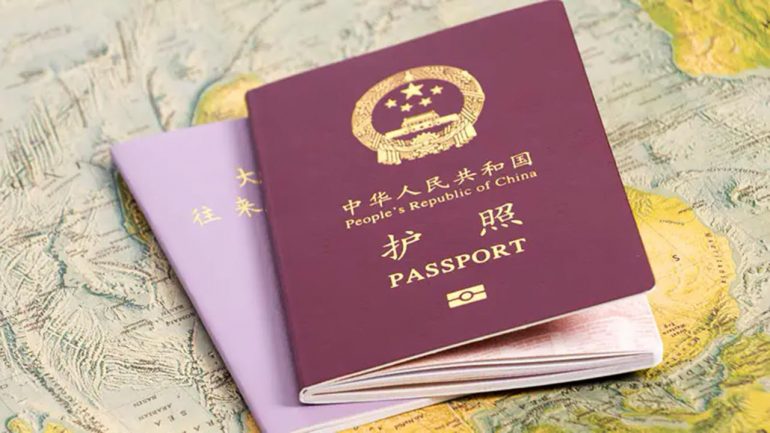 In Bangkok, the continuing investigation into crypto mining facilities set up on massive scales and bi passing electricity meters to gain free power has taken a turn this week as its been revealed that the thai CARETAKER,  has made a full statement blaming the crypto operation on two foreigners, an Australian and a Malaysian. The caretaker has been charged with the theft, no word on his bosses.

In the Songkla region, railway teams are inspecting tracks after the arrest of a man there who stole the bolts and plates used to secure lines, selling them for scrap to support his drug habit.   Army patrols spotted missing fittings on the line, at least 80 had been pilfered. A local scrap dealer’s CCTV recorded two people selling them and ONE has so far been arrested. 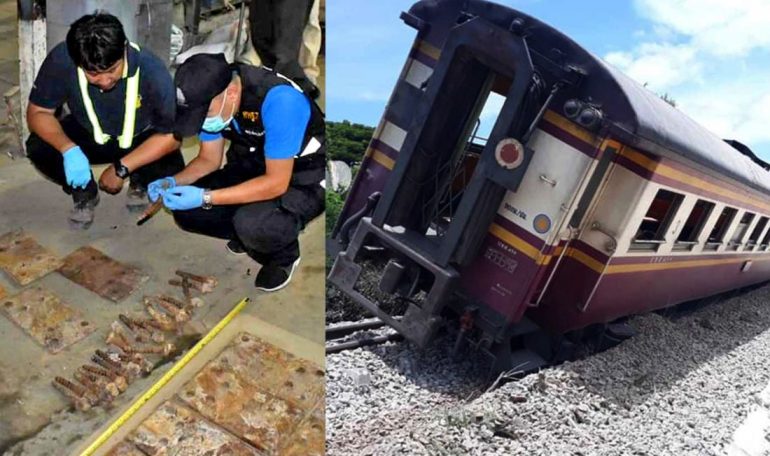 If Chiang Mai police are right, then a prospective thief who clambered over a high security fence to steal from a shop, wearing just a bikini., was a MAN. CCTV caught him, or her, climbing the fence, getting into a compound, failing to gain access and escaping by the same route ALL in just a small bathing kit and long hair. Chances are that the recording showed more than was revealed to the dress as.. the police are convinced they are looking for a man. 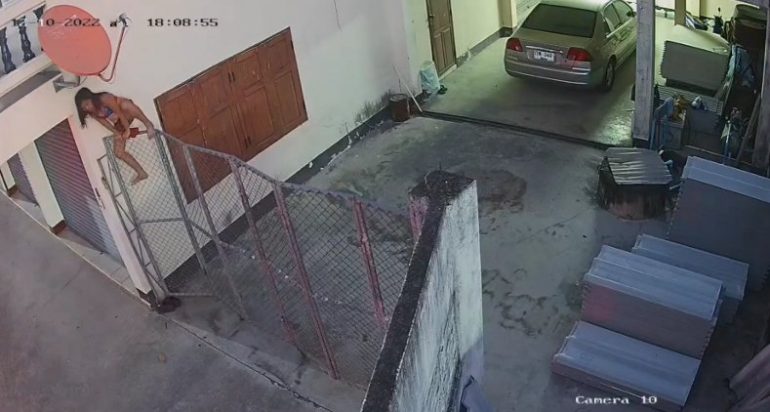 You will remember a month ago when a man was allegedly kidnapped and had his finger cut off before his captors demanded a ransom.  He escaped and fled but not before his girlfriend reported his kidnap to police. WELL, wily Pattaya cops noticed that despite her Thai ID card, she sounded less than local.  Further undercover investigations reveal that someone in the Chiang mai region had issued her with the card, with details to another, unrelated local woman.  A deputy district chief up there is now due to answer for the issuance, which he approved, in a local court after the  family of the woman, whose details appear on the card, were located and it was shown that they had never set eye on the now, assumed to be chinawoman.

Police are confused after a complaint was filed by a Bangkok resident that he was ripped off by a local woman he met in an online dating app.  The dating isn’t confusing, nor the meeting up here in his hotel room BUT, he claims that she stole his phone while he nipped out to collect some provisions, fled, and subsequently stole 58K baht from his bank account via his phone app.  Adding on the cost of a phone, he filed a 100K loss BUT no one can explain how his nevertobe lover managed to transfer his cash without his PIN number.  With all banking apps requiring a secret pin number for transfers, it’s all become very confusing. 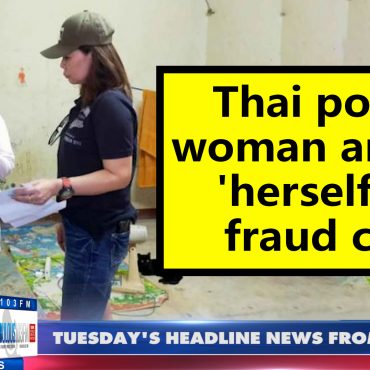 Thailand & Pattaya LATEST NEWS from Fabulous 103fm (13 December 2022) A police inspector this week arrested… herself, almost, this as the police Major was afforded the privilege of nabbing a con woman who had impersonated HER. Confused? Well, the arrestee had created a fake Facebook account in the name of the senior cop and then scammed close to half a million in loans from her online friends. The Saraburi […]