Yoyo decision making yesterday saw Thailand’s Public Health Minister cancel the list of requirements for arrivals in Thailand just a short time after implementing them. As potential visitors scurried to to track down their covid records, and airlines raced to comply with the new checks required for passengers prior to departing FOR Thailand, K Anutin, who was a part of the delegation that greeted the first Chinese tourists to Thailand since the Covid era at the airport yesterday calmly explained that YES, Sunday has seen the sudden new regulations sent via the Civil Aviation authority to all airlines.. And yes indeed, the plan B was for all visitors to have to prove their covid status BUT a meeting Monday saw him persuaded that in fact NONE of this was necessary, it would place a huge burden on airport staff AND that most Thais have been vaccinated against Covid and foreigners have also acquired immunity up to a level. 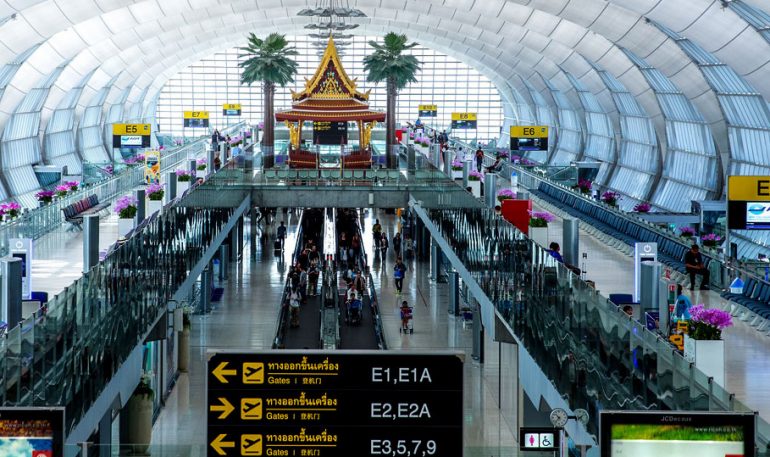 With the dropping of the new regs, it’s back to normal for most tourists coming here, and of course Chinese tourists are the ones who benefit most as they are now free to enter Thailand without any checks or proofs of covid clear status, an issue which has caused some concern among those working in the sectors serving them. China’s demands for parity with other countries in immigration has, in some eyes, overlooked the millions of new covid cases there last month alone. Numerous other nations, meanwhile, do require those travelling from China to complete PCR testing prior to boarding. 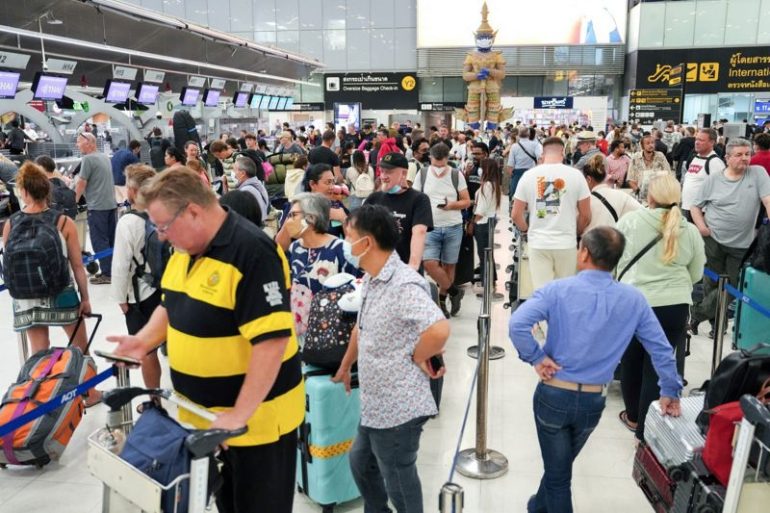 Indian tourists in Thailand now are taking exception to their own countries’ demands that they PCR test prior to going home. India has regulations now that demand that anyone, Indian or otherwise, coming from a shortlist of countries, including China AND Thailand. PCR test, at their own expense before flying to Indian shores. Those here already, well, they have nbo choice BUT those in India who have booked to come in the future WILL need 10K US medical cover too, as Thailand requires proof of this on arrival here, for anyone who’s flight ON from Thailand is to India. Seeing many asking whether the tourism industry has just swapped the indian for the Chinese market. 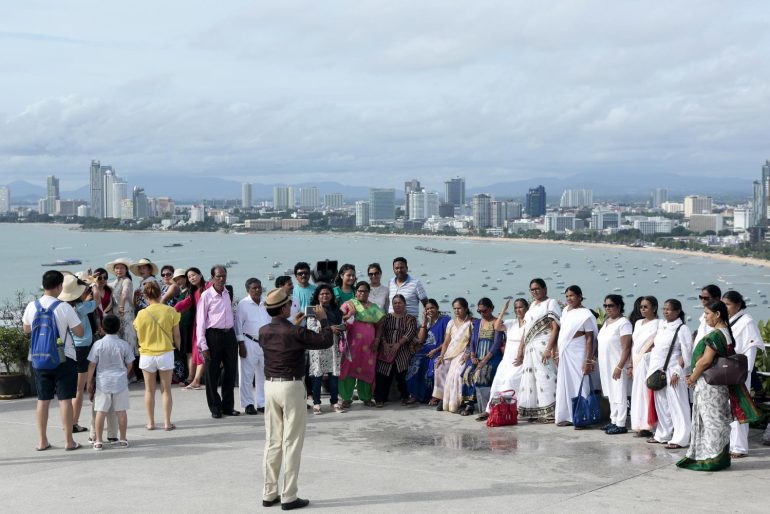 A “drunken” foreigner, allegedly BRITISH is claimed to have mounted a buffalo in the capital. Seems the drunken yobbo and his pals climbed onto the display model of a water buffalo and somehow, perhaps just by force, managed to shatter it beyond repair. Kwai calm was a part of a nationwide art festival that continues through to mid next month, except, now, thanks to this bunch of yobs, not in the capital. Word is that neither Joshua Antoni Burgoyne, 34, nor his band of pals would apologize or offer any compensation. Well, with the best wishes of most expats going to.. the buffalo, chances are they will find it tougher than most to enjoy the rest of their holiday. 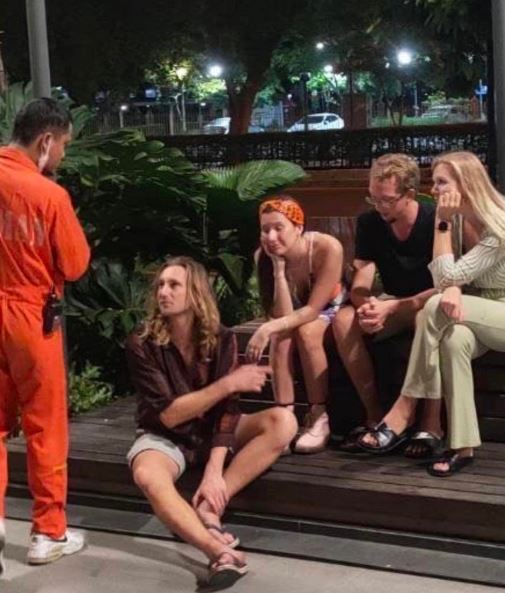 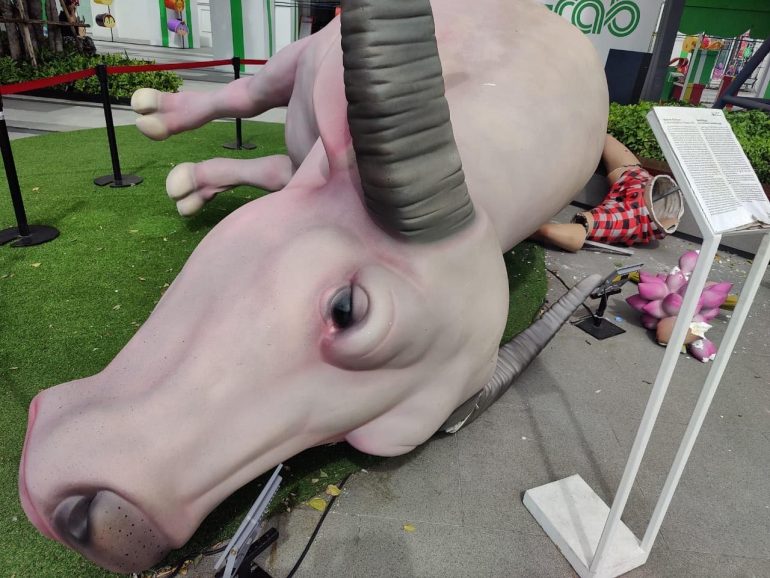 You just bought a brand new Mitsubishi Pajero, and the first thrill is obviously, to drive to show your parents. Well, that was the plan for Nichawee, his wife and 4 children, all, luckly, belted into the SUV. That was before 3.5 tonnes of luxury, a speeding Bentley, whipped out their new vehicle, tossing it in the air and leaving upside down. The family wants full compensation and NOT just their new vehicle repaired, as it would be a total loss anywhere else in the world. They rightly want a brand new one, and compensation. The Bentley driver was removed from the scene. Who ever he may be, and results of a blood test alleged to have been taken after his arrest have yet to be revealed to the press, however CCTV and in car video, clearly show the posh ride speeding Bentley in the left lane, overtaking a pickup truck, and then hitting the rear of the Pajero, throwing it off course and into the path of a fire engine, en route to another emergency. 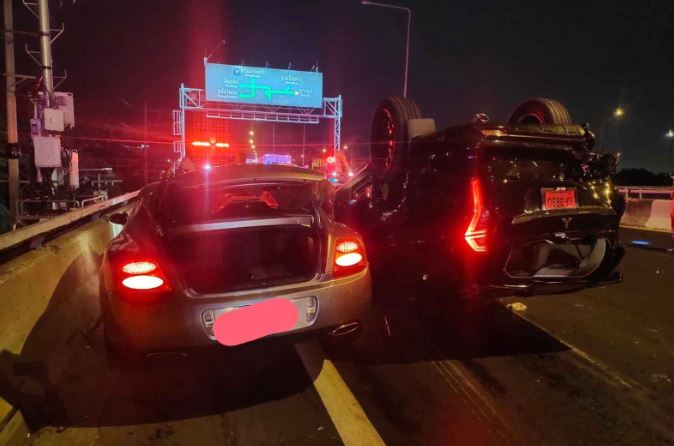 Hotels are reporting a negative trend in bookings from the Indian subcontinent, where INDIA itself has caused its nationals to PAY for ATK testing before returning home. 1500 to 2500 baht depending on where they go, that the cost that many say, is enough to make them stop coming. Whilst Thailand requires now a 10K US medical insurance policy, travel insurance, for any flying on to India, but that does NOT seem to apply to Indian tourists currently here already.

Two Russian tourists independently filed police reports claiming the money was stolen from hotel safe deposit boxes. In both cases, at the same hotel, they claim that only 20 and 30% of the content was stolen , which doesn’t make much sense. 1K and 4K US are the amount said to be missing with some wondering why a trust would leave 16K US in a Pattaya Hotel deposit box. Police will check hotel CCTV for sure as normally, a successful thief woud have cleared the lot. Either way, both reports wil have been forwarded to travel insurance companies.

From Thursday, look up to the ocean for entertainment in the city as in Na Jomtien both the 2023 Thailand Windsurfing Championships and 2023 Pattaya Windsurfing Cup kick off and will be in play frm 12th to 15th. With the bay seeing higher than seasonal winds and waves too, competition is likely to be challenging and well worth a watch. 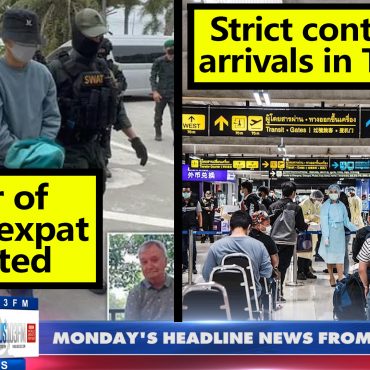 Thailand & Pattaya LATEST NEWS from Fabulous 103fm (9 January 2023) Thailand’s Royal Princess, eldest child of the current king, was reported by the royal household as suffering further complications as she is kept at King Chulalongkorn Memorial Hospital in Bangkok , where she has rested since her collapse in the north of Thailand in December. As of Monday, arrivals in Thailand from any country will see changes at airports. […]