Ahead of a hearing next week, the Alcoholic Beverage Control Committee on Friday rejected a proposal for entertainment zones to be allowed to open through to 4AM, LEGALLY. Proposed by the Ministry of Tourism and Sports, the application would have covered certain areas within certain tourist cities only, but, according to the committee, they refused approval based on society, economy and health. Currently, those same popular zones MUST close legally, according to their license at 1AM with an hour then to see patrons leave and clear up.

A day after the telecom regulator said that all IPTV operators should be allowed to broadcast the world cup matches, including the final, a court has upheld demands from True corp, that they have exclusive rights. Having paid 25% of the FIFA bill, they appear to have negotiated a 50% game exclusivity, and the court issued an injunction to protect those rights. 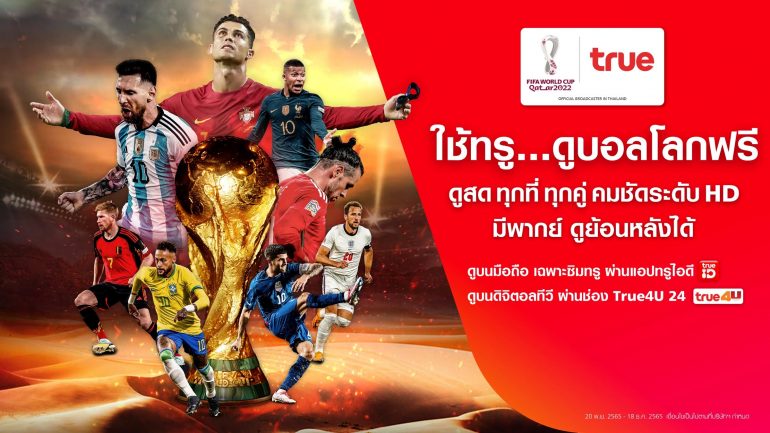 Warning for employers and good news for employees, even non-Thais as the social security office, which manages the free medical service and more for EMPLOYEES in companies has reminded ALL employers that failing to register their staff or deregister when they leave, will result in fines, up to 20K and or jail time. For a non-Thai to register, they need a work permit AND business extension of stay.

Airport baggage handlers have been instructed to speed up the turnaround in arriving cargo at main airports. With claims by the transport ministry that queues on arrival are limited to just a quarter of an hour, long waits for baggage have been reported, sometimes over an hour. With many airport staff laid off during the covid era, the issue is finding staff, and training them, both issues not being the easiest right now. 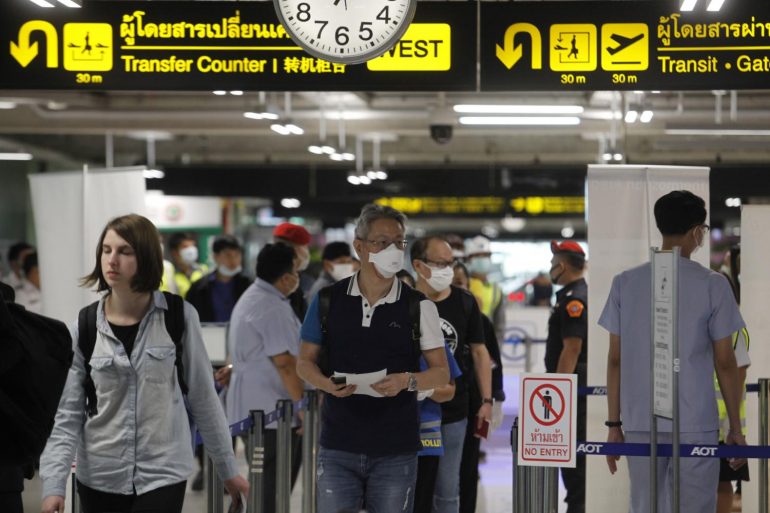 Meanwhile, at home and in Pattaya, the fireworks competition at the weekend saw crowds reported of 100K people watching spectacular displays, four countries took part this year, Belgium, Canada, the Philippines and Malaysia along with Thai displays, and the bay was Awash with small private boats loaded with onlookers, as the frontage, from Jomtien to Naklua was crammed with spectators, but with traffic at a standstill, as far back as the toll booths and along the east side roads, many would be onlookers were reduced to watching, from their cars. The outward journey was no less sluggish either, as crowds left en masse, overloading most roads. 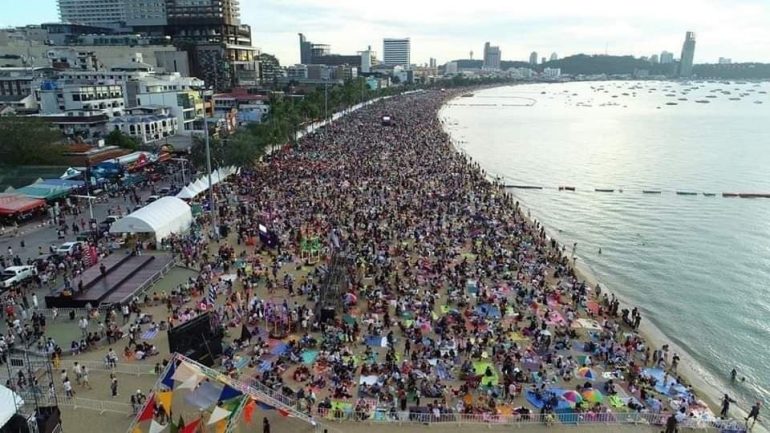 On Koh Larn, the new pier for arrivals is one step closer to becoming reality as plans were passed by the environmental impact assessment (EIA committee) which has to approve all new construction of significance in Thailand. 200 mill baht is the best guess cost, and that money is now being actively sought by the marine department. Finish date, well, they are talking 36 months but with no firm start date announced. The new design incorporates firm mooring for ferries along with additional mooring for speedboats and private vessels along with proper facilities for visitors.

As covid numbers reported from medical facilities DO rise here in Thailand we are advised that they are within acceptable levels, affecting mostly those with pre-existing conditions and the aged HOWEVER  The Ministry of Public Health is currently suggesting that all wear face masks in crowded places. Whilst no mask is 100%, every little helps. Locals are being encouraged to get booster shots, and the numbers ARE being closely monitored as more and more arrivals from overseas come for the high season, combined with the color weather approaching.

When a 74-year-old Finnish man became noisy and aggressive in Udon Thani, waving a stick at people, locals called authorities. As they arrived they finally calmed him down BUT discovered he was approaching a 10-year overstay without a visa. Age was obviously factored into his predicament, and officials are investigating gently. 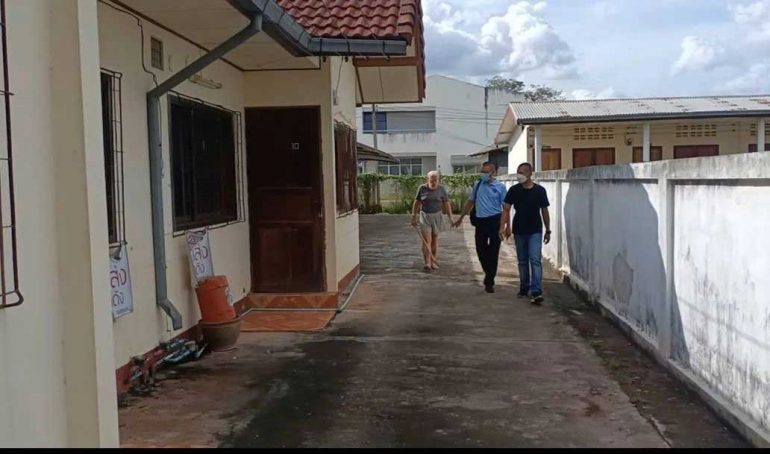 In Nongprue, one 33 year old man is homeless after his girlfriend, or ex girlfriend now, set fire to his rented room when she became overwhelmed with jealousy at the thought that he had .. a mia noi. Saturday at 1 AM in the morning, neighbours called authorities, and the flames were quickly doused. She was removed from the scene to Nong prue police station where she was expected to be allowed to sober up, before making a statement 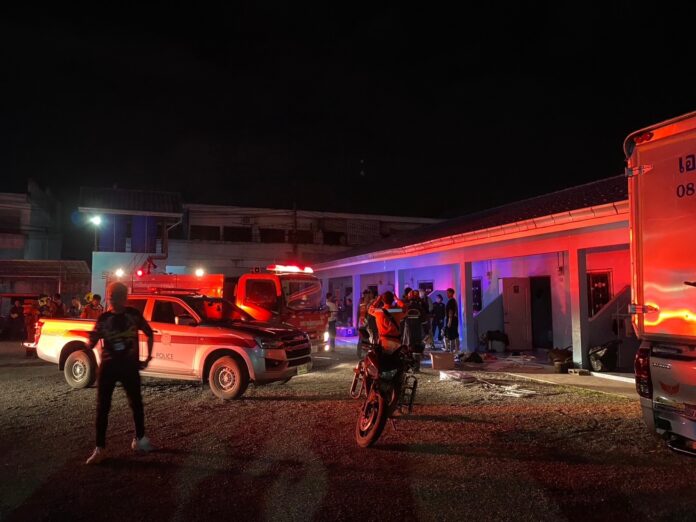 In Huay yai, to the east of Pattaya, when local cops attended a single vehicle RTA on the 331, fire teams were called to use a wrench to open the vehicle and allow the driver to escape. Obviously intoxicated, but otherwise not seriously harmed, he proceeded to tell police that a ghost had crossed the road in front of him, causing him to swerve. Since that’s not in any list of acceptable excuses, he was duly carted off for DUI testing and an overnight stay in the cells. We assume the spirit was uninjured. 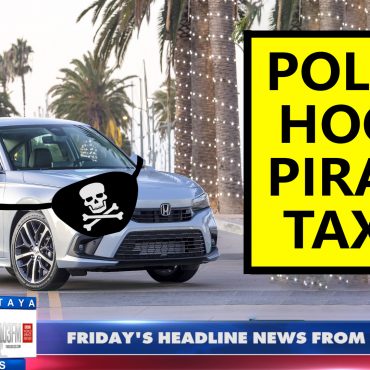 Thailand & Pattaya HEADLINE NEWS from Fabulous 103fm (25 November 2022) Police in the capital plan to question a female Thai police colonel, who happens to be the wife of a china man accused of being a senior player in a gangland group which here has been heavily involved in the drug trade. According to Pol Gen Surachate Hakparn both have denied all charges and , to date, have been […]