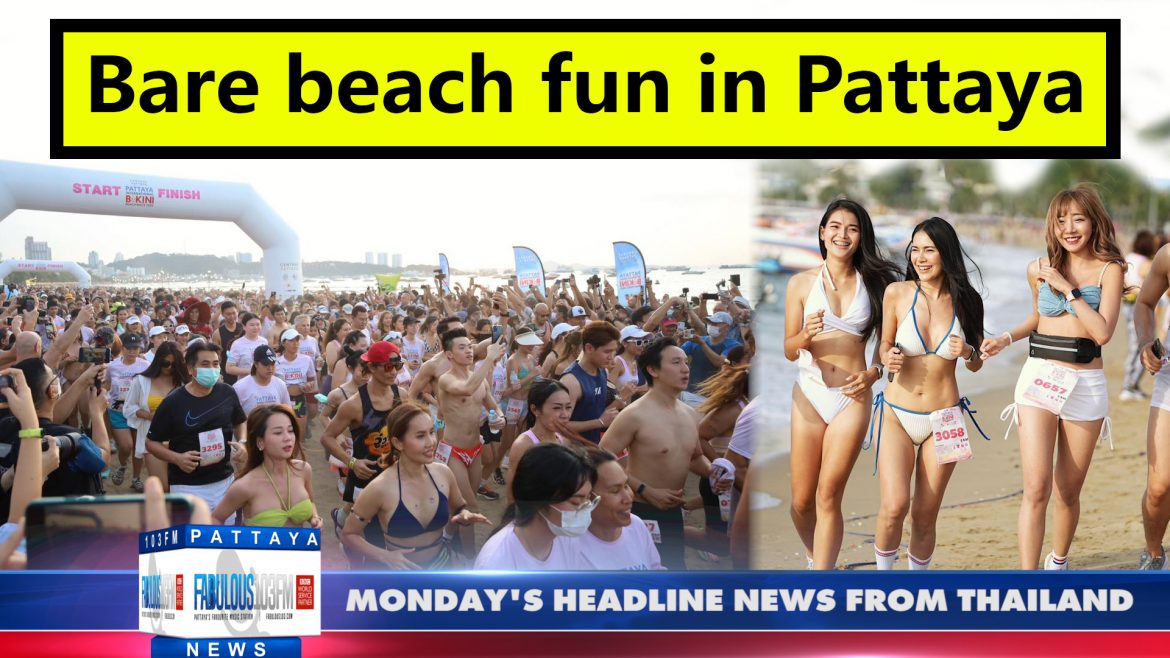 Headline News from Thailand and Pattaya (31 October 2022) Fabulous 103fm Thailand has offered support to Korea following the deaths of  between 150 and 160 people in a halloween celebration stampede. A reported 100K people congregated in the amusement area of Seoul on Saturday night, ramming alleyways like cattle until some collapsed, resulting in  a domino effect.  Mostly Korean nationals but a handful of tourists were listed as dead too, […] 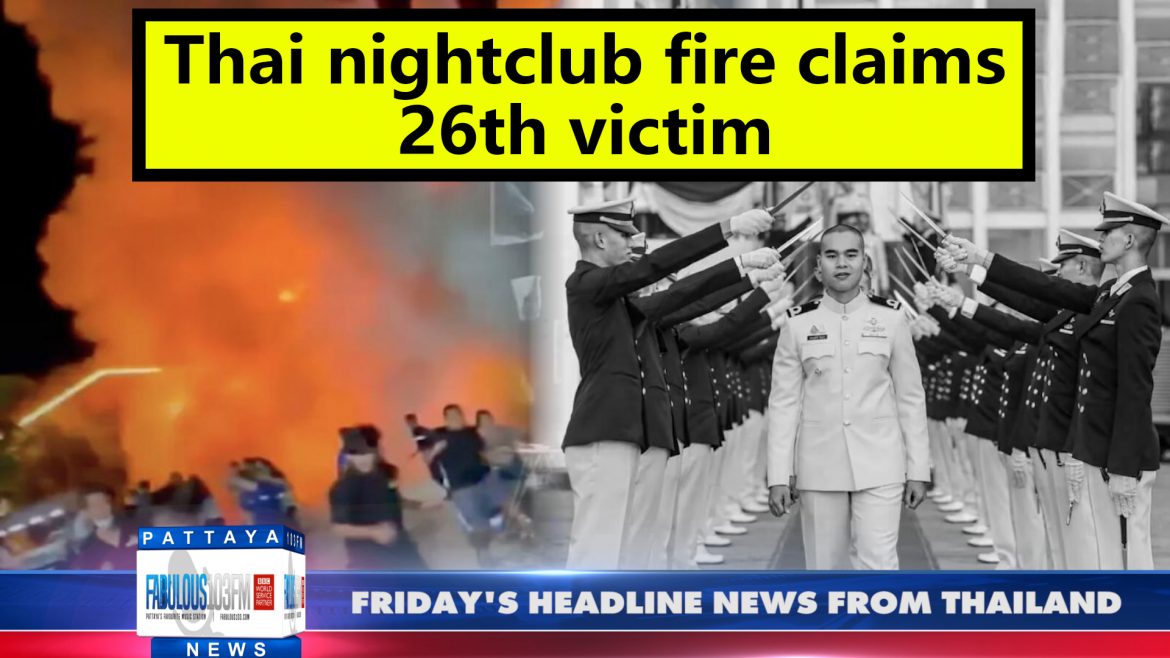 Thailand & Pattaya Headline News (28 October 2022) Fabulous 103fm Thursday saw the sad announcement of the passing of yet another victim of the fire at an illegal venue in Sattahip, bringing the total death count from the Mountain B Pub to 26. After 83 days of unimaginable pain, sedated and obviously hospitalised, a 26 yr old submariner from the Royal Thai Navy succumbed to his injuries following 70% burns […] 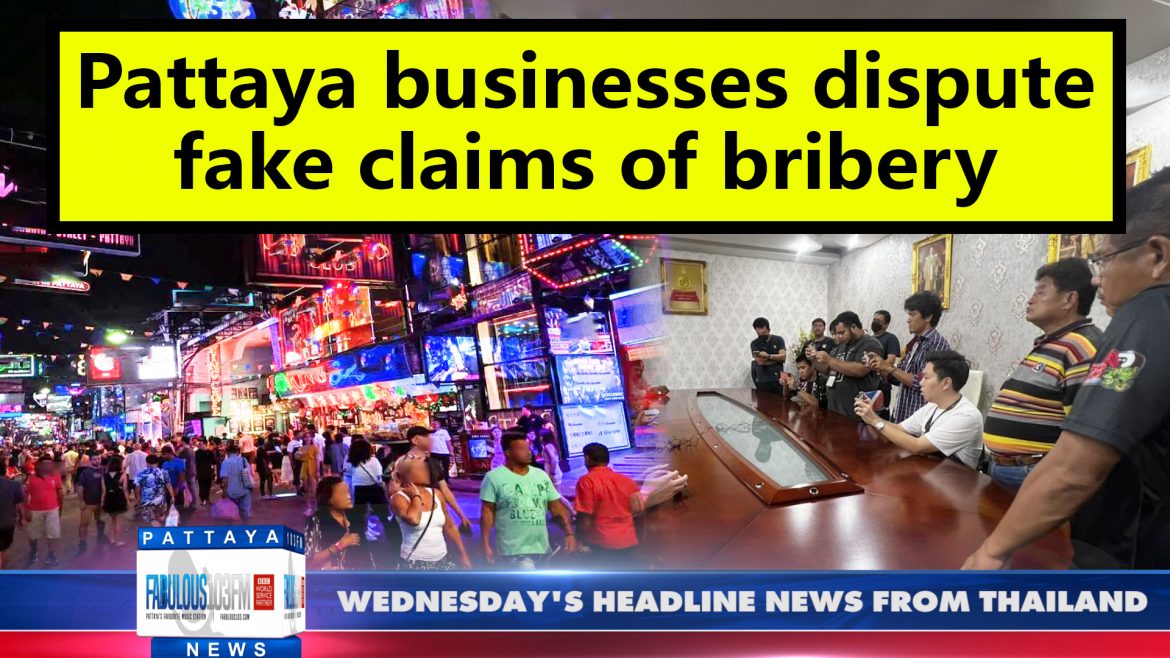 Pattaya & Thailand LOCAL & NATIONAL NEWS (24 October 2022) Fabulous 103fm Don’t bring meat into Thailand whatever you do.  With western food shops now regularly being raided and found to be selling foodstuff that DOESN’T have FDA labeling but instead has been brought in in containers avoiding Thai import regulations. The latest to get caught is a man bringing 9 KG of pork sausages on a flight from Vietnam. […] 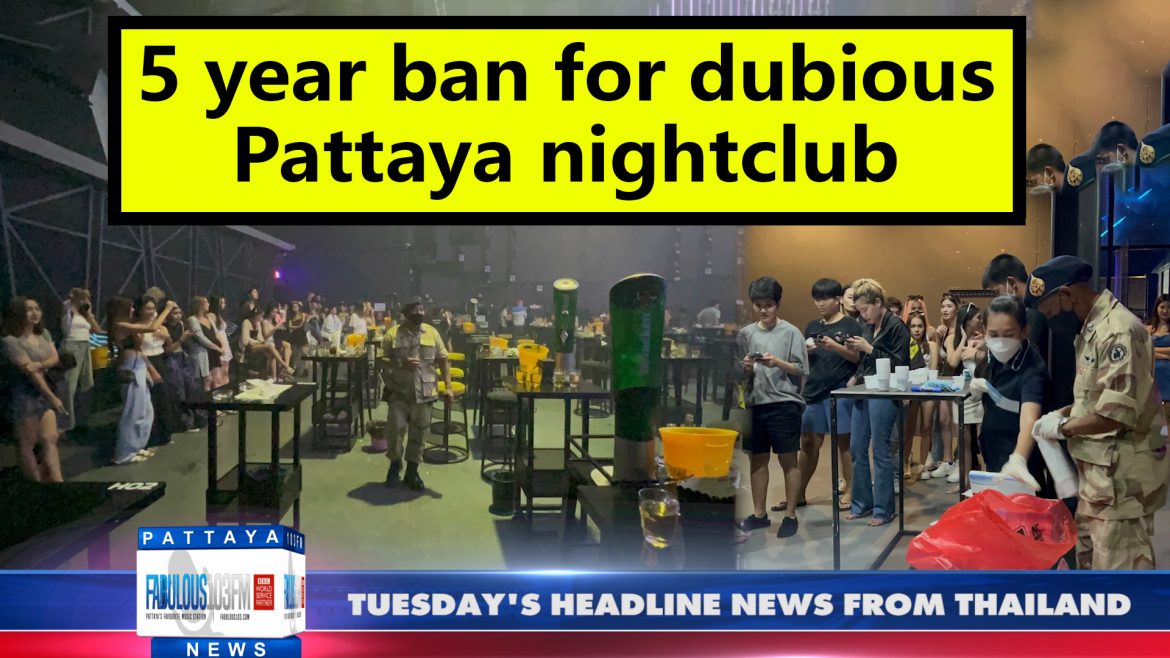 Pattaya & Thailand Headline News  (25 October 2022) Fabulous 103fm In neighbouring Myanmar, dozens of people have been killed by government air strikes while celebrating at a concert, according to rebel groups who report that military strikes killed at least 30 people including singers, musicians and rebel soldiers. Over 500 people were at the concert, celebrating the rebel groups anniversary and is said to have been the largest killing in […]

Thailand & Pattaya Headline News  (24 October 2022) Fabulous 103fm Over the weekend the FDA has ordered the removal from sale in Thailand of Mie Sedaaps instant noodle range, after ethylene oxide was discovered in two samples tested. The Indonesian manufactured packaged food has been removed from the importation warehouse and retailers are being told to remove it too, from shop shelves. An Austrian tourist to Thailand in the 80s, […] 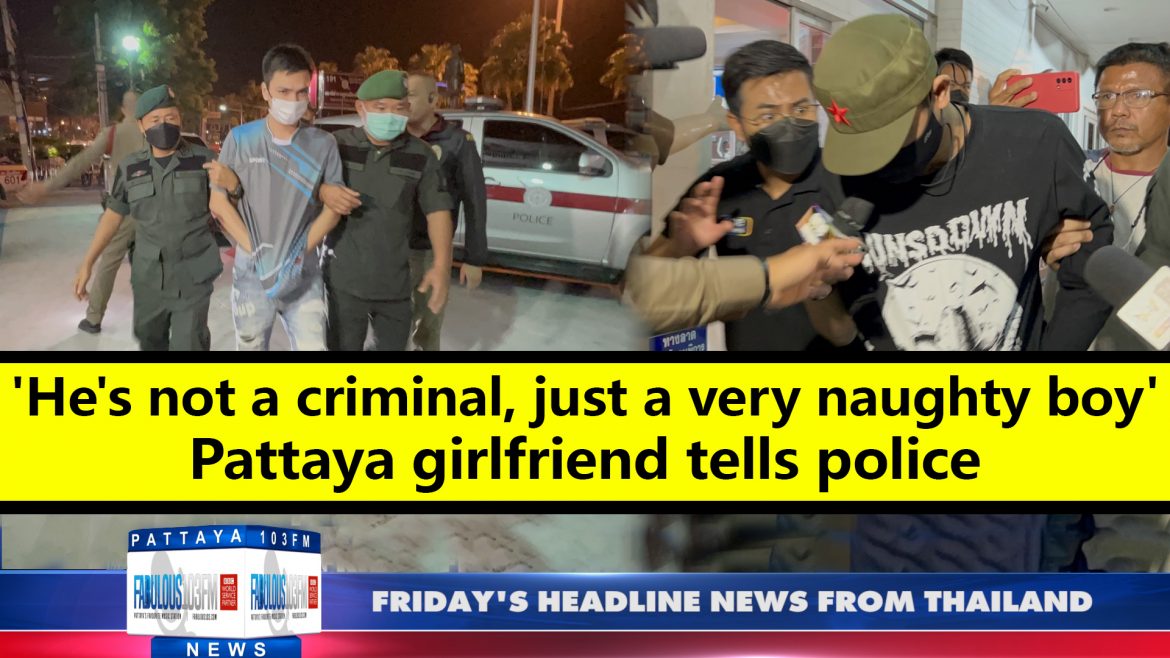 HEADLINE NEWS in Pattaya & Thailand (21 October 2022) Fabulous 103fm As storms continued over Phuket yesterday, the power company worked to restore the electricity supply to the main airport. It seems a dozen telegraph poles were knocked over during heavy rain seeing police closing the old airport road and teams working to install new poles and cables.  Meanwhile, NO work can be carried out on the partially collapsed 4029 […] 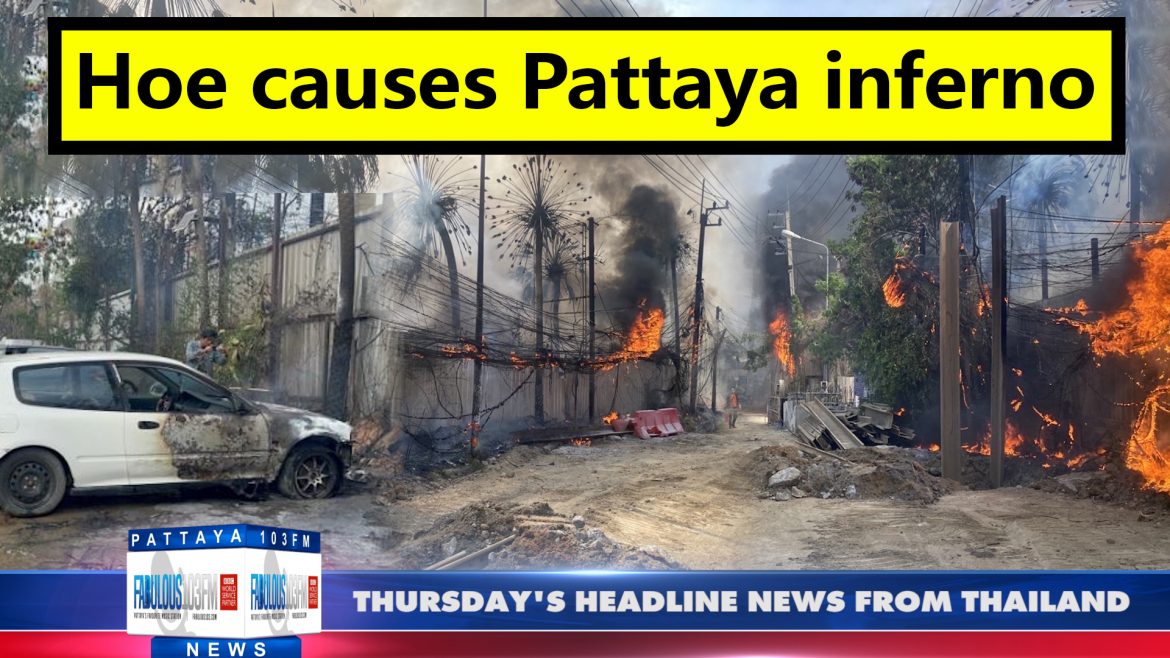 Thailand & Pattaya HEADLINE NEWS (20 October 2022) Fabulous 103fm The main Kathu to Patong Road on Phuket island has been closed after the complete roadside washed away leaving the tarmac hanging in the air and all hardcore and subsil gone.   This followed further storms in the south that have continued to batter much of the region including the popular island.  Local authorities believe that repairs could be completed […] 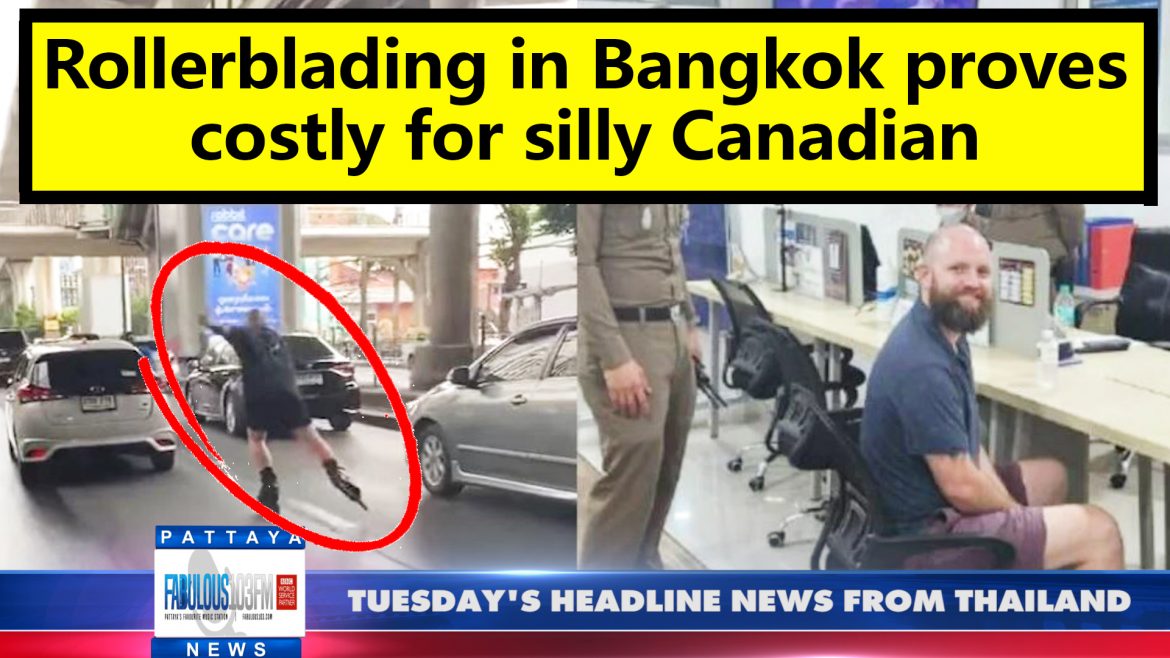 Thailand & Pattaya HEADLINE NEWS (18 October 2022) Fabulous 103fm Despite the threat of more storms, an island wide cleanup was underway yesterday in Phuket following record floods causing damage to infrastructure and chaos for locals. As the provincial capital saw water levels recede, they quickly discovered that what was left behind was the most pleasant of residue.  With some roads remaining closed due to damage, and several bridges reportedly […] 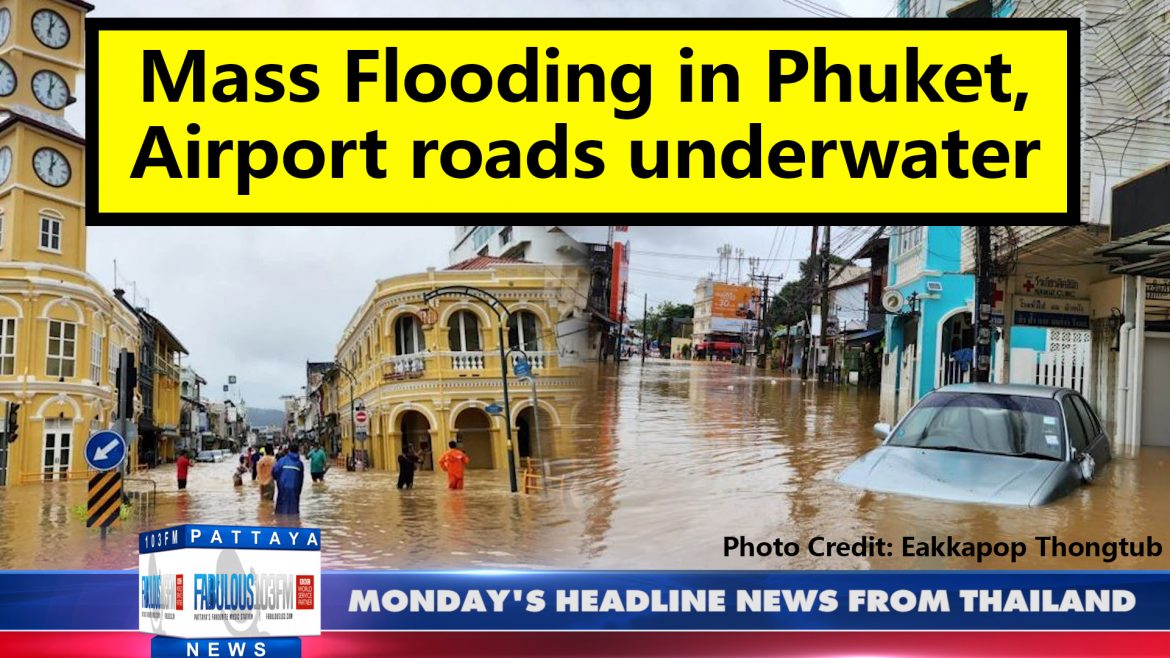 Pattaya & Thailand HEADLINE NEWS (17 October 2022) Fabulous 103fm As of yesterday day, Sunday, much of the city of Phuket and surrounding areas were underwater, after heavy flooding saw tourists finding it almost impossible to reach, or indeed depart from the airport on the island.  With the old quarter of Phuket city seen as flooded throughout, and major routes unpassable, bus passengers were warned to expect 4 hour journeys […]